As soon as you arrive in the 3 Valleys on your holidays with your children,they’ll no doubt start asking questions that you just don’t know how to respond to!
We answer those questions that you’ve never dared to ask whilst cruising around the 3 Valleys on your skis or seated on one of our comfortable ski lifts: What are those big grey tubes? Why are there cables there? Why is snow white?
With these answers at your fingertips, you’ll be a fountain of knowledge able to inform and educate your little ones!

Why... are there numbers on the round signs?

The numbers on these round signs at the edges of the pistes are in descending order, from the top to the bottom. This makes it useful to find your bearings! And which of Méribel’s pistes has the most of these markers? It’s Lac de la Chambre, the blue run accessed from the Côte Brune chairlift which has… 26 in total!

Why... are the poles on the right side of the pistes orange at the top?

In case of poor visibility, look for the poles with orange at the top – these signal the right side of the ski run. Very useful in difficult conditions as sometimes it’s hard to know whether you are on the marked run or not! In total, we have… 6,000 right poles and 6,000 left poles in the whole of the 3 Valleys!

Why... are there huge grey tubes coming out of the mountain?

These big grey tubes, connected to bunkers under the snow, are ‘GAZEX’… At times of heavy snowfall, our piste services team trigger avalanches using this big tube, by creating a controlled gas explosion which causes a shockwave to destabilise the top snow layer. The team aren’t next to the tube when this happens, it is all managed remotely! Avalanches like this are triggered early in the morning (perhaps even whilst you’re still tucked up in bed) meaning that the area is secured in advance of the lifts opening, so that once the lifts start running you can ski in safety!

Why... are there cables in the sky without seats or poles like a ski lift?

These cables are another way of triggering avalanches, called ‘CATEX’, a cable that transports explosives. By attaching an explosive onto this rotating cable, our piste security teams can voluntarily trigger avalanches after heavy snowfall. It’s a useful system which can make controlled avalanches in different parts of a valley, with the same objective: to make the ski area safe!

Lack of inspiration, perhaps? First letter of the person in charge of the pistes’ surname? Or the initial of the original village chief’s wife, maybe? Well, no!

In fact, the story goes that a long time ago, in the early days of the resort of Courchevel, the pistes were labelled alphabetically. Which as it turned out was not very practical when there are only 26 letters and Courchevel is going to become part of the largest ski area in the world… So the slopes were all renamed, but this one, which is almost as steep as a wall (or mur in French) kept its name, “M”. 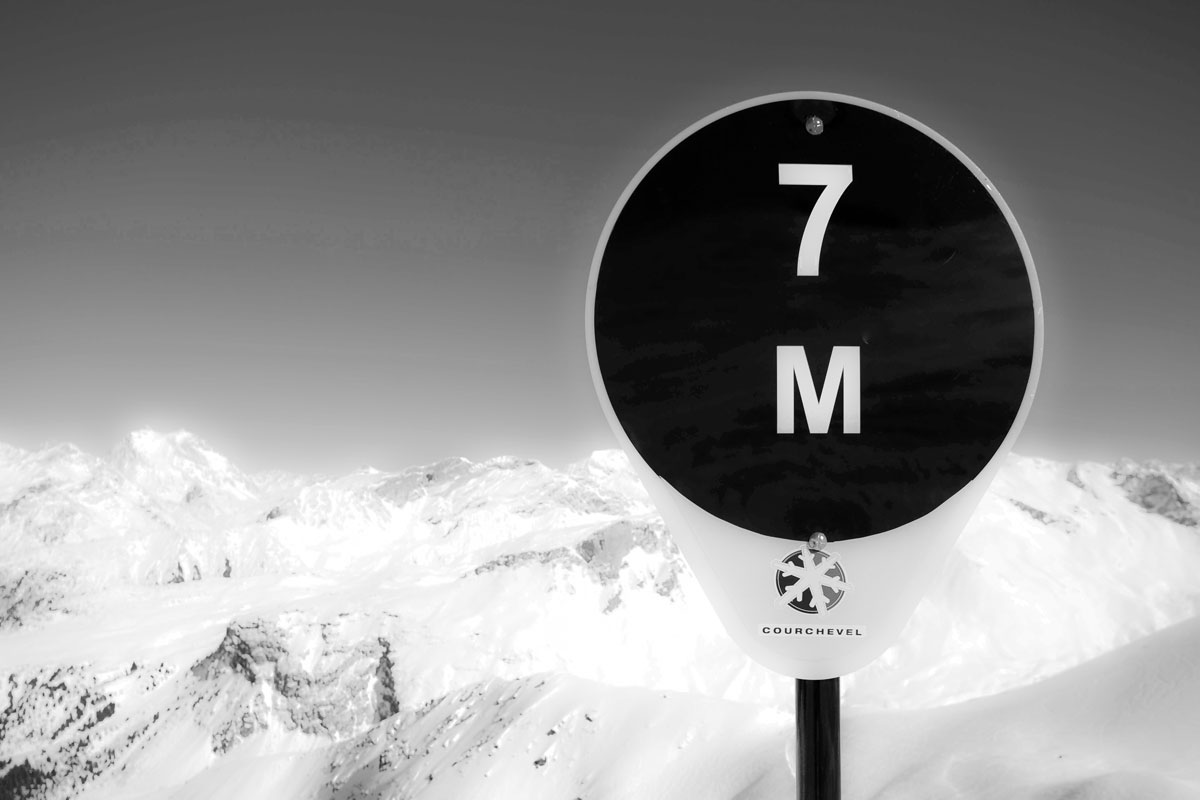 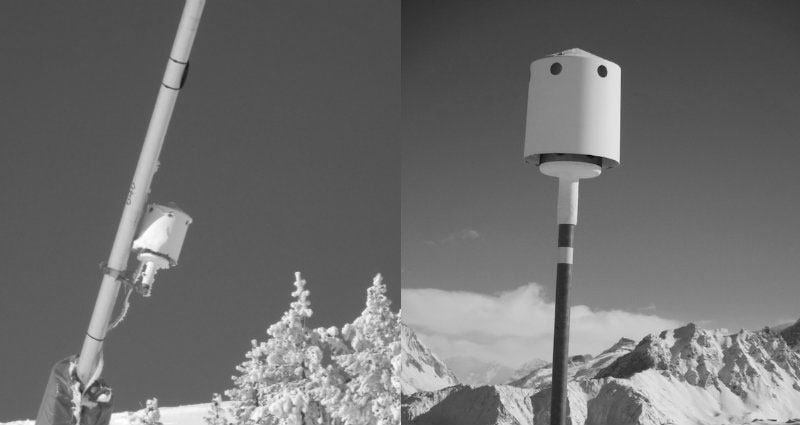 Why... are there bird houses on the sides of the piste?

What a magnificent view for the little birds, with their windows overlooking the peaks!

In fact, these little boxes, linked to snow cannons, are actually measuring the temperature. At a designated temperature – ie. when it is cold enough for water to be made into snow – the snow cannons automatically turn on! But don’t worry, they’re programmed to work only once the lifts have shut, and mostly at the start of the season to add snow to the base layer and keep the area skiable for the entire ski season.

Why... are there wooden barriers at the side of the slopes?

Surprisingly, they’re nothing to do with safety… well, nearly! These wooden barriers, which are also designed to be aesthetically pleasing, are situated near those summits that are most exposed to the wind in order to retain the snow. In these ‘corridors’ between peaks, the wind can be very strong and has an annoying habit of making the fresh snow fly away! So that we can keep the snow on our mountains and stop the wind taking it away to Italy or the next valley (the Maurienne for instance), these wooden barriers create snowdrifts and keep the snow on our side! Our piste grooming teams can then move it onto the slopes for us to ski on!

Why... on the ski lift cables are there sometimes orange dream-catchers?

It’s not to protect people on the ski lifts from bad spells, as might be cast upon vehicles in other countries in the world! They are actually ‘birdmarks’ – made in bright colours, they allow birds to navigate around the cables, particularly in poor light or on foggy days...

Why... are there sometimes white covers on the ski lift pylons?

To fit in better with the white surroundings? To copy Val Thorens which has white ski lifts? No, it’s to stop the metal pylons from heating up and expanding in the sun, a consequence of which could be that the seats or cabins could come out of position and cause a problem in the lift station. 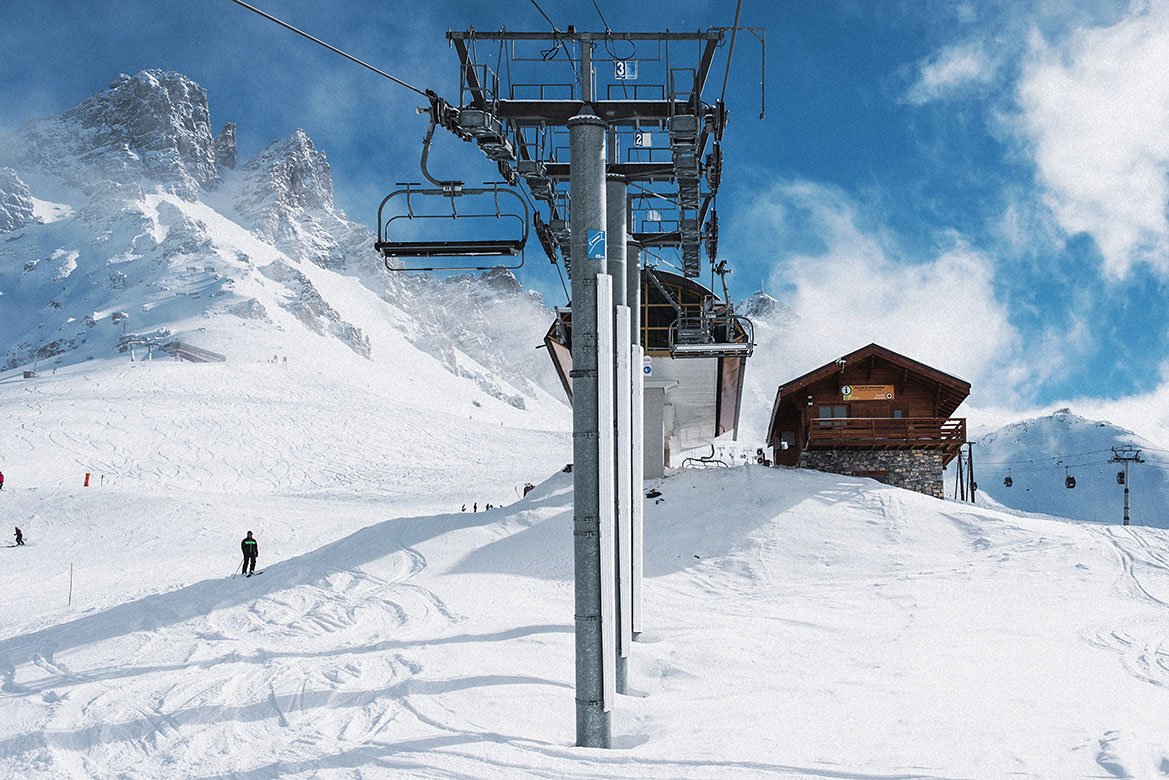 Why... are there funny fences on the mountain under the chairlift?

Made of wood or metal, these barriers are called ‘paravalanches’ and they are placed on steeper gulleys where avalanches are more likely to happen naturally. The fences are put in place to protect equipment or people below: a durable way to protect ski lift pylons or pistes that run directly below steep cliffs.

Why... aren’t there chairlifts with closable roofs everywhere in Les 3 Valleys?

Simply because the chairlifts with roofs/lids are less aerodynamic than those without and are therefore more affected by the wind. Given that the 3 Valleys ski area is at a high altitude and that the summits of mountains can be quite windy, we prefer to use lifts that function even on windy days, over lifts that are more comfortable but have to be closed for safety!

Do you have any other funny questions?
Don’t hesitate to ask anyone working in the ski area: our ski lift personnel or the security teams can all answer your questions, no matter how strange!

Blog, ideas, promotions on ski passes :
I stay in touch with the S3V!